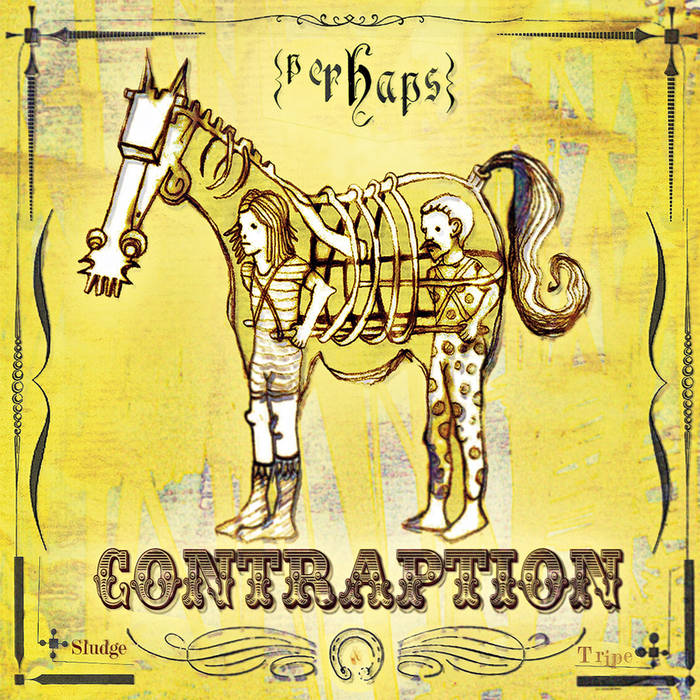 "Throw in a whiff of English whimsy here, Zappa’s lyrical madness and Sleepytime Gorilla Museum's convoluted addiction to time changes. A dose of noise and puerility there (and prodigious musical talent) and you have an album that surprises and confounds." - Sittingnow.co.uk

"Sludge & Tripe" was recorded painstakingly between 2004 and 2008 in a number of derelict houses, basements and studios around London and Bristol, the collective's first album was then stitched together into a twisting, confronting DaDa-rock pronk-pop adventure. Compositions both ape and destroy conventional song structures, as spanners are dexterously jammed into the works.

Flirting between ferocious free-jazz improvisations, studio wizardry and meticulously mathematic performances, the album traverses a bizarre progressive landscape while still retaining pop-infused sensibilities. This provides footholds for the ear to cling to, before being pummelled with acrid rubble…

Ramblings about Sludge and Tripe

“Sludge and Tripe” is jaw-dropping stuff that excites; delights and disturbs in equal measure. Jack-knifing between the abrasiveness of Birthday Party and Gallon Drunk, the left-field inventiveness of Beefheart and Zappa, the music hall grotesque of Tiger Lillies, knockabout flute salads reminiscent of pixie-era Gong, the jazz artistry of Henry Cow the operatic heavy metal of System of a Down and a touch of good old English whimsy, “Sludge and Tripe” is an exhilarating distillation of the innovative, the dextrous and the downright clever
-terrascope.co.uk

"to my ears it just sounds like an incoherent mess" -aidabet.com

Most of it written & churned around/up by this thing called Perhaps Contraption.
1,2,3,4,11,13,14 written, arranged & obsessed over by Squier Squier.

All the rest produced & fiddled by Squier Squier in various bedrooms.

Artwork by Dee Dee Window and Squier Squier
Album design by Squier Squier with the help of Daniel Ross. www.thisnow.co.uk