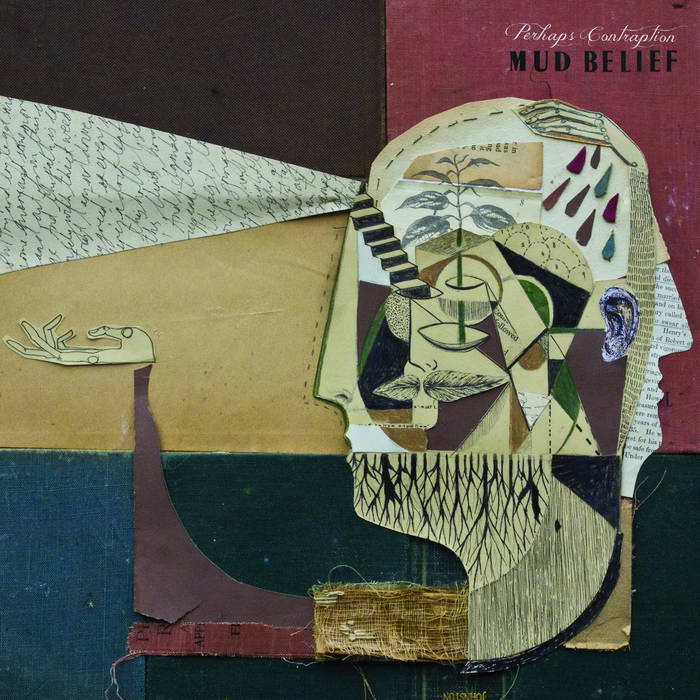 Steve Russell What great music! The future for brass. Was lovely to see you live at Greenwich in the gap between lockdowns. Hope you and we emerge again soon. Favorite track: Perambulations.

We trudge and dance onwards.
Through the glittering, glorious mud.

This time around, Perhaps Contraption were comprised of:

Featuring Amy Jolly on cello on 5 & 9 and Frisk Dadler on drums on 12.

Our families; all at The Premises Studios (where we sing and make it) the wonderful MEGATRAPTION troupe (who bolster our ranks); the burgeoning Honk! Community;
Tom, Oli and Peter (who have worked hard capturing these sounds) Shabba, Amanda Palmer for the insight and adventures, Expanded Eye for the glorious imagery, the fetid bins we rock beside, Huxley Squier Gaze (aged 4) for the album title and Haizetara International Street Music Competition in Amorebieta (where we were amazed to win the judges’ prize in 2014 & 2015) which greatly helped to fund this project.

AND (of course) all ye listeners! Who have supported us over the years; sharing, dancing and roaming with us, amongst the streets / corners / fields.

The 1st batch of this music was recorded over six long days, 18th to 23rd of February 2014. Spring was just starting to spring.
Later that year, we captured the 2nd batch, on 20-21st December, after our 4th season in the fields. Final odds and ends were extracted in March 2015.

All of it (except perambulations) recorded at the mighty Premises (solar-powered) Studios, London. Mainly by Tom Carmichael, save a few sessions; which were engineered by Peter Zed and Squier.

All scrutinised, joyously / desperately at The Premises Studios and The Salon.
Mastered at Black Saloon Studios, May 2015 by Mandy Parnell, assisted by Hal.